Forty future South Australian leaders, aged between 12 and 15, debated six Bills in parliament house with a view to presenting them for legislation when the fifth 2019 YMCA Junior Parliament sat last Thursday, 3 October.

YMCA South Australia Junior Parliament is a non-partisan program providing a platform for young people to have their say on issues important to them. It mirrors the YMCA Youth Parliament program that runs in July each year and focuses on personal development, empowerment and connecting decision makers with youth voices and opinions.

Participants from both metropolitan Adelaide and regional centres including Booboworie, Brinkworth, Warramboo, Blyth, Yalpara and the Eyre Peninsula gathered last week to form committees that produced the final Bills. Read them here.

YMCA South Australia Youth Empowerment Manager, Josh Stokes, said the energy and enthusiasm of the participants was a highlight of the week.

“It’s so refreshing to see young people who are genuinely engaged and who have the will to drive change on issues that are important to the community as a whole, not just themselves,” he said.

“The group worked hard to create the Bills which were debated and eventually passed on the floors of parliament house. The opportunity to understand how democracy works and grow as individuals is enormous and both Junior and Youth Parliaments are important initiatives that continue to develop young South Australian leaders.”

Her Excellency, 2020 Youth Governor Chloe Thomson, officially opened the YMCA Junior Parliament program and delivered an inspirational speech, urging participants to be their best and drive the change that they want to see in the world.

Acting Electoral Commissioner, David Gully, applauded the participants for their engagement with democracy and encouraged them to think of ways in which younger people can be better engaged with the electoral process.

For more information on Junior Parliament, visit our programs page. 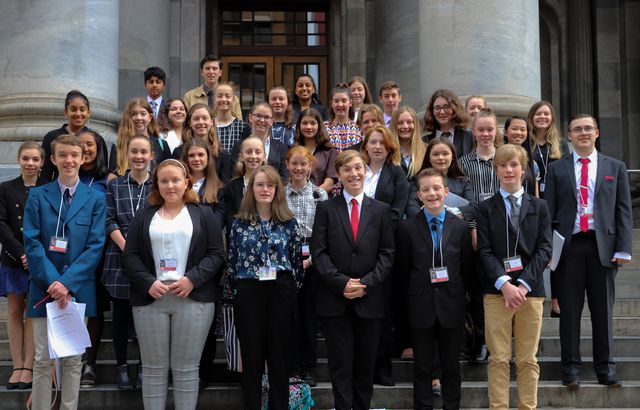