Ninety young South Australians aged 15-25 will take over the chambers of Parliament House for a week on Monday 15 July with the 24th sitting of YMCA Youth Parliament.

The important program runs annually for five months, starting in February and ending with the sitting week in July. It is facilitated by YMCA South Australia volunteers with support from the State Government, Law Foundation, the Electoral Commission of South Australia and the Department for Human Services.

The non-partisan program provides young people with the opportunity to learn about South Australia’s parliamentary system and to voice their opinions and concerns about issues that impact them and the state.

Young participants formed eight committees that identified key issues which have been turned into Youth Bills that they will debate passionately in both chambers of Parliament House. This year’s issues range from the rising costs for small business, barriers for learner drivers and the ongoing battle for drug harm reduction.

Bills that are passed will then be formally presented to the Minister for Youth for the Government’s consideration. This process allows participants to engage with law and decision makers about what is important to them.

Youth Parliament will be formally opened by YMCA South Australia Board member Tim Looker on Monday 15 July. It will then continue over four days at Parliament House on 15, 16, 18 and 19 July. 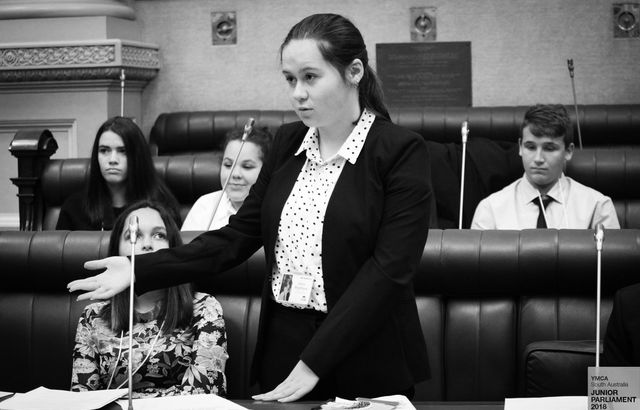