Two Glengowrie Recreation Centre trampoline gymnasts bounced their way to medals at the State Trampoline Championships held at the Marion Leisure and Fitness Centre on 18 May.

Both young athletes have been training at the Glengowrie YMCA since 2017 and centre gymnastics head coach Toni Hayles was thrilled with the result.

“There were several clubs from across South Australia participating in the State Championships so the competition was quite strong. We’re very proud of our trampoline team,” she said.

Glengowrie YMCA has 28 participants involved in the trampolining program at the centre, ranging from beginner level to advanced. 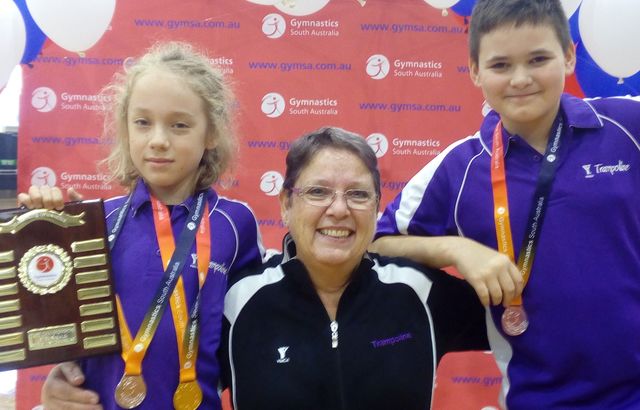