Whyalla Recreation Centre member Shane Taylor is known as a popular gentle giant and recently proved he was also big-hearted, by donating his Member of the Month voucher to the Centre’s Leap Takers disability group.

Shane told staff that he wanted to give something back as he saw the group every day as he passed by their room.

Shane’s journey at the Centre started eight years ago when he decided to become a YMCA member after leaving Edward John Eyre High School, where he was a regular gym user. He is a regular face at the Centre and has taken an active interest in its progress and development over his long association.

“I am a proud member of the Recreation Centre and, even with other gyms opening, I feel the environment and people make the place stand head and shoulders over the rest,” he said. “I’ve seen the gym improve a lot over the past eight years and I am looking forward to seeing more future improvements.”

“The YMCA aims to bring our community together and things like this show the value people are placing on the work we do in the Leap space as well as providing community members a vehicle to show their support and respect,” he said.

Shane’s donation covered half the cost of a day trip for the Leap Takers to Cowell. 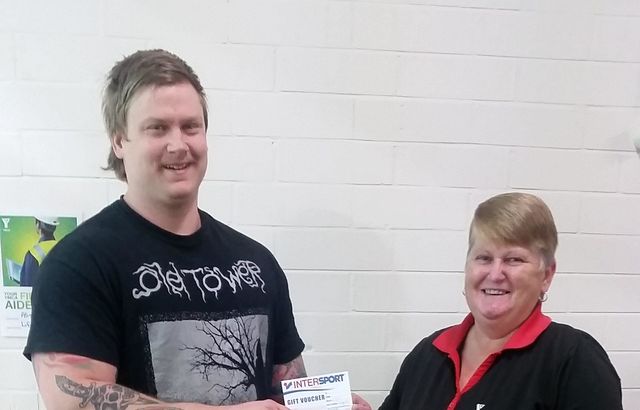