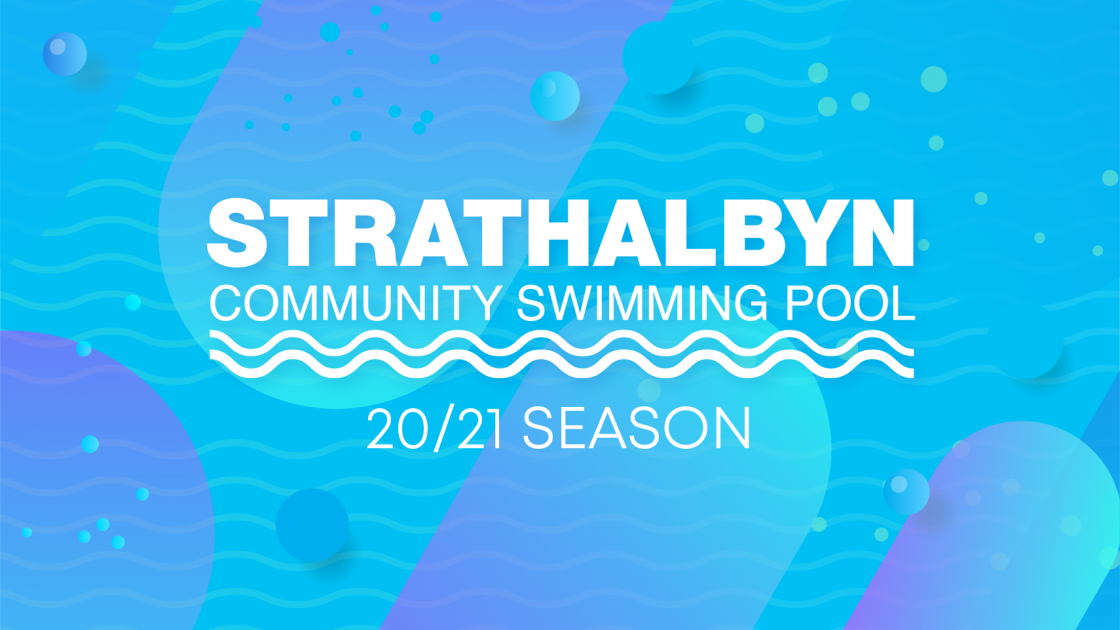 AquaFit will commence on Monday.

Thank you for your patience and understanding

Strathalbyn Community Pool is gearing up for summer, opening 12 October 2020 through 11 April 2021.

Strathalbyn Community Swimming Pool is located in the heart of Strathalbyn and is the only 50 metre outdoor swimming pool on the Fleurieu Peninsula.

The Centre is located on Dawson Street and Colman Terrace, directly opposite the Strathalbyn Library, set in picturesque gardens overlooking the River Angas.

With a 50m 6 lane pool the Centre is capable of hosting Swim SA competitions and various other carnivals. In addition, there is a toddler pool with a water feature for younger children and a large pool inflatable used in the main pool during weekends and school holidays.

The Centre has a a fully stocked cafe with real coffee and an excellent range of hot and cold refreshments and has excellent modern amenities with warm showers and recently renovated change rooms.

So come and enjoy a lap swim, aqua class, picnic, inflatable fun session and more at your local Y this summer.

* The pool will remain open for General Admission swimming on days when the weather is 23 degrees or above, as per the 6pm forecast the day prior. The pool is open for Lap Swimming regardless of the forecast.

* The pool will remain open for General Admission swimming on days when the weather is 23 degrees or above, as per the 6pm forecast the day prior. The pool is open for Lap Swimming regardless of the forecast.

CLOSED DAYS
• Closed on Christmas Day and New Year’s Day
• Opening times may vary according to attendance or weather.

EXTENDED OPENING
The pool will remain open when the weather is 32 degrees or above at 5:30pm on the day (determined by BOM). Extended opening times are at the discretion of management.

The pool is closed to the public during club event days.

LAP IT UP CLUB

The Lap It Up Club is designed for swimmers who are looking for something a little more rewarding than simply swimming up and down the pool. With a rewarding incentive program, the Lap It Up Club helps you set goals and gives you real motivation to achieve them.

Whether you swim once a day or once a month, we’ll help you to track your progress and achieve your health and fitness goals.

To register, complete a Lap It Up enrolment form at our lifeguard station, and then simply record your laps with the lifeguard on duty every time you swim.

*Lap It Up Club Cards are checked on a monthly basis and prizes will be distributed by the Swimming Lessons Coordinator upon these checks.

To enquire about the Lap It Up Club please email the Strath Pool: strathpool@ymca.org.au

Water resistance training. Low-impact aerobic exercise in the shallow end of the pool.

Mondays and Fridays, 11am
Starts15 November

Please note classes are not included in season passes and are charged separately.

VACSWIM is South Australia’s longest running summer holiday program giving your kids aged 5 to 13 years, confidence in & around water! Strathalbyn Pool will be running the YMCA Swimming and Water Safety Program from the 4th - 12th January 2021. The Program runs for 7 days excluding weekends. Each Lesson will run for 45 minutes.

Swimming and water safety skills are just part of what your child will gain in YMCA Swimming Lessons.

Kindness is not an act, it’s a lifestyle

YMCA South Australia as an organisation in 2014 introduced a program called Suspended Swim. The idea was taken from the ‘suspended coffee’ program which originated in Italy and has become a hit with coffee sellers and the public world-wide. A customer would order a coffee and also ask for a ‘suspended coffee’. This meant that the second coffee was paid for by the customer but suspended for someone less fortunate who could not afford one. Subsequently, the ‘suspended coffee’ would be offered to another member of the community as an act of anonymous generosity.

YMCA South Australia has adapted and rebranded this idea as the ‘Suspended Swim’ program. The Suspended Swim program is based on this ‘pay it forward’ model and will allow all of our patrons the opportunity to purchase a Suspended Swim when they are paying for their regular pool entrance or swimming lesson. The Suspended Swim will then be donated to a community partner or charity for distribution to their own client base, offering some fantastic community outcomes:

We believe this to be innovative as it is a new way of ensuring our facilities are accessible to the wider community in a community focused easy way.

Contribution to the industry

This program highlights that our industry is about the communities we work in we are engaging people who would not ordinarily be able to access aquatic facilities, so by removing a barrier of cost through other users a real sense of community is also being established.

The program allows disadvantaged members of our community to gain access to aquatic facilities; this in turn opens them up to the world of aquatics and the benefits of swimming. The program can offer the opportunity of a lifetime to a young child to experience there first swim and then have access to other programs funded by the YMCA to be involved in our learn to swim program.

CHILD UNDER 5 must be actively supervised within arms reach

CHILD UNDER 10 must be actively supervised and remain in sight

Children Under 5 : 1 Adult to 2 children, including babies in prams. All children 0-4 years of age MUST be accompanied in the water.

Children Under 10 : 1 Adult to 4 children. All children 5-9 years of age MUST be ACTIVELY SUPERVISED at all times.

The Great Southern Swimming Club is a great way to stay fit and have a good time doing it! All ages are welcome.

The club operates from Fleurieu Aquatic Centre all year round and from the Strathalbyn Community Swimming Pool from October–March.

Members are required to compete in several local competitions during the season.

Swimmers should be able to swim 50m in freestyle, breaststroke and backstroke, in a recognisable form.